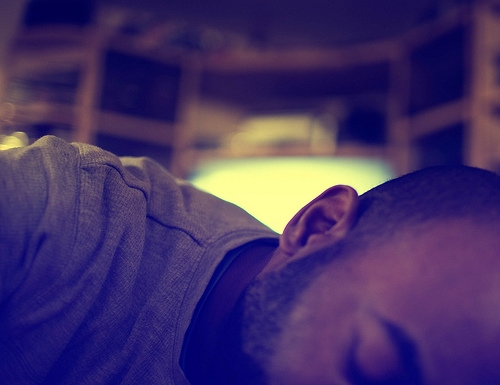 “Isn’t that just a ‘Yuppies’ disease?”

This “Yuppies Disease” myth is based off the incorrect idea that Chronic Fatigue Syndrome mainly effects those who are younger and more well off. This assumption stems from a Newsweek article that was published in 1990 and studies have since proven this to be completely untrue. Chronic Fatigue can effect anyone, regardless of their social standing, income, or age. CFS rates have even proven to be at least equal to or greater in minority and poor communities in comparison to wealthier areas.

Since the effects of ME/CFS appear to be invisible from the outside, people are quick to assume that it is simply a mind over matter issue for the sufferer. It’s important to realize that just because someone with Chronic Fatigue doesn’t physically look sick, it doesn’t mean that they aren’t experiencing real and painful symptoms. The reality of this debilitating disease often leaves patients having to remain bed-ridden and home-bound for years at a time!

“It can’t be that bad, just have some coffee!”

Unfortunately, Chronic Fatigue Syndrome is not something a quick cup of coffee can handle. The type of fatigue the sufferer deals with is so much more severe than your typical day when you’re feeling run down. On top of it, ME/CFS patients deal with a variety of burdening symptoms such as difficulties sleeping, poor concentration, issues standing, and trouble with coordination too. The rate of disability among Chronic Fatigue sufferers is akin to those that have Lupus, Multiple Sclerosis, Heart Disease, and Rheumatoid Arthritis.

Stating that CFS is something that only females deal with is a huge misconception! About 20% of those individuals struck with Chronic Fatigue are men. According to The Center of Disease Control, about 800,000 men suffer from ME/CFS. Along with the assumption that only women get CFS, is the idea that this syndrome is actually a mood disorder. Though those who have CFS are more likely to deal with a mood disorder simply because having any chronic illness increases that risk, CFS itself is not caused by any sort of mood related issues.

As of now, the cause of Chronic Fatigue Syndrome is unknown. Luckily, doctors can approach the disease with various types of protocols to aid in controlling and relieving their symptomatic state. Some patients have even experienced a full recovery as a result of these protocols! Dr. Kogan explains how she approaches CFS treatment: “Integrative Medicine, which I practice, is a great way to heal the Mind-Body disconnect that may be taking place in a patient with Chronic Fatigue Syndrome. I often use Medical Hypnosis, Pulsed Electromagnetic Fields (PEMF) Biofeedback, Ayurvedic herbal remedies, Massage Therapy, Acupuncture, and organic vegan supplements if necessary. Dietary and Lifestyle modifications will always remain the cornerstones for self-healing empowerment which we teach to all of our patients.”