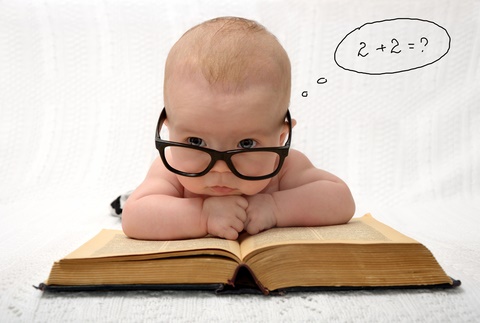 Scientific Fact: Recent research found teenage brain to have a dramatic mismatch between the developments of limbic and prefrontal cortices.

I was reading this excerpt from a June issue of Scientific American to a non-scientist friend of mine and she was staring back at me with a loopy expression on her face.

I would like to thank her and numerous readers like you who have contributed their invaluable comments towards the first post in this series. Here is the link to my previous post, in case you have not read it: https://customlongevity.com/2015/10/leave-me-alone-i-can-manage-my-own-stuff/

I was brainstorming all the thoughts and feelings you have shared with me both publically and in the private messages, to help me on my journey of trying to figure out – what to do with our teenagers’ unruly and at times, dangerous behavior.

I think that in order to understand how the teenage brain is already not like a child’s brain but is not yet like an adult’s brain, we have to look back at the beginning of it all. We have to think back to our babies to appreciate how this development started to take place.

Remember your baby’s first smiles and grasping your finger? These were actually the very first inherited reflexes – not something they have learned in this life, but something that they have been born with. They were meant to charm us and to hold on to us – and that was genetically important for their survival millions of years ago.

All in all, our babies’ brains were super-cool and active since the very beginning. In fact, at around 1 year of age, they had as many neurons in their brains as they will ever have as adults.

Then, the white matter – the “wires carrying information in the brain, from place to place” started developing. As they did, you were observing your babies starting to raise their heads, then to turn over to their tummy, then to crawl, and finally, to make their first step. All of this became possible because the “wires” were getting thicker and conducting neurologic information more effectively. The stuff that covered these “wires” and made them look literally white (hence the word “white matter”) was the fatty substance called myelin.

As your little princesses’ “wires” were getting thickened with the fatty myelin stuff, they started forming their first words and sentences. For some people it was “mama” or “papa” but for my daughter it was “teeth”. Go figure!

Was the baby’s limbic brain active at that time? Absolutely! Their limbic brain was always active. Limbic is an ancient part of our brain responsible for emotions. It was active even when the baby was growing inside mommy’s uterus. That is why babies tend to like what their mothers ate when they were pregnant.

I even knew some folks who were playing Mozart for their pregnant bellies, in hope that this would improve their children’s IQs in the future. The official research on this is full of controversy, but I can tell you what I observed with my own eyes: my 6 month old daughter would rave at Mozart’s music when seated on the pianist’s lap and she would try to throw the pianist’s hands off the piano, whenever Beethoven was being played. This joyful rocking to Mozart versus getting pissed off at Beethoven was my daughter’s early limbic system letting us know its preferences. One day, I may attempt to understand the whole “Mozart Effect” thing, but this will be a whole different discourse.

The limbic brain is gently developing in toddlers who learn to love mommy and daddy and ice cream, and yell “yucky!” at things they dislike, but the emotions are still rather tempered. At some point, emotions start getting assigned to the situations. Remember how your child touched a hot stove or an iron for the first time?

If you could play it back in slow motion, you would see that their hand jerked back away from the hot object almost instantly. This is actually an inherited reflex we all have. Our brain does not even get involved in that mechanism – it is an ancient thing that involves our spinal cord. However, what brain does do a fraction of a second later is recording a “learned truth: hot = pain” and that is something that builds many pathways betweens the wires, like: stove is hot and touching it is painful; or an iron is hot and I fear touching it. This is how limbic system starts ascribing fear to new situations in baby’s life. This is important for survival and so it comes first.

Remember: we are animals and we need to herd for survival. At around one year of age, we acknowledge our first herd. Guess whom this group consists of?

Yes! The first herd is you –the parents and the grandparents. Around the same time, separation anxiety kicks in because the cubs do not want to be separated from their herd, their group. It is important for their survival.

But, whatever your baby’s first words were, eventually you have seen your baby play with her toys, holding her cup, and finally, asking you her first “Why?”

Stop! This was the very first time the part of the brain called prefrontal cortex really started to shine and form gazillions new connections and associations, like: ‘dogs are friendly but they can bite if you upset them’, or ‘grandma loves me but she can get really upset if I don’t behave myself.’

What happens next will help us understand the scientific fact, which started this article, and the next week’s post will focus on just that.