Is your child a loner that gets picked on? 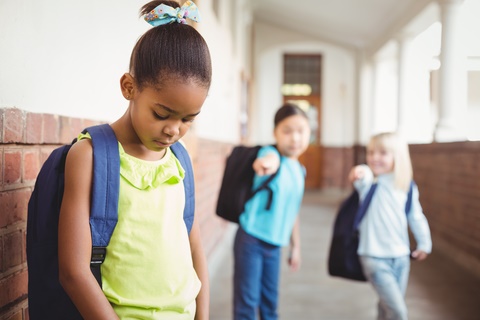 My discourses are moving on to the life of the 6-10 year old kids, which I find quite remarkable. This age is one of the brick-stones that lay the foundation of the teenage behavior, which we were discussing in our previous articles. I am referencing the original post here: https://customlongevity.com/2015/10/leave-me-alone-i-can-manage-my-own-stuff/ And you can read all the related subsequent posts as they are listed in chronological order on the blog.

So, here is your 6 -10 year old prince or princess, entering the gates of elementary school. If we keep in mind that we are all animals, albeit sophisticated ones, then you were your kid’s first herd, with you as a leader, and the school is now her second part-time herd, with the teacher acting as the Chief. During the first several weeks of school, a curious thing happens: the kids themselves intuitively form new herds of the third kind. Boys will stick with boys of course, and girls will herd with the girls, at this stage of low sexual hormonal activity. The herds are forming, in my humble opinion, guided by two basic forces.

The first group-forming force is proximity and convenience. For example, when I was 6 years old, I shared a desk with one other girl, who became a part of my new group, my herd. The girls, who were sitting immediately behind me and to the side, were included in the herd by default, by proximity. We used to pass each other pencils and erasers. We used to say each other’s name many times a day, and we even spent time together during recess between the classes, as it was very convenient. I do not remember anyone’s name from that time period in my life, except those girls’! My memory registered them with extra care, because there was so much visual, auditory, and tactile exposure to them day in and day out.

I asked my 14 year old daughter about who her friends were when she was 6 years old, and she immediately came up with a couple of names. “Why do you think they became your friends”, I asked. “Well, they spoke Russian, that’s why” she answered without hesitation. So, the primary language can be a huge convenience factor too, allowing for some kids to herd together by default.

The second group-forming force seems to be based on the children intuitively herding around some kid who stands out in some way. This standout child could be a talented budding musician boy, or a beautiful fashionably dressed girl, or even a class hooligan of sorts. Whatever the standout child’s story may be, they become a focus of other children’s attention. The standout children are not leaders yet, in the full sense of the word, although they may be more outgoing and extraverted than those who will herd around them.

Naturally, there are always some shy kids who did not have the speed and the prowess necessary to join some group in their class. So, these kids appear to be the “loners” of the class now. These kids become an easy “prey” for everyone else, because, as we adults know, there is power in numbers, and weakness in being alone. First bullying type jokes are aimed at these kids. At this point, the kids who are acting as bullies are not acting out of true cruelty. 6-10 year old children are only starting to develop the concepts of suffering and cruelty. These abstract concepts are better developed towards 10 years of age. Rather, making faces and booing at the lonely boy or teasing a lonely girl and pulling her by the hair, is an un-punishable game for the groups.

The children’s pre-frontal cortex, responsible for the critical decision-making is still very underdeveloped, so they have a lack of understanding of how someone else may be in pain. That’s why you will often hear of 9-year-old boys and girls pushing the “loner” child in the hallways with their backpacks and making fun of them in the cafeteria. And who has not seen six to seven year old kids trying to pull pranks at the dead body at the funeral? Kids have no concept of death either.

Is your child a “loner”, who has not made it to any groups and gets picked on? I have come up with some solutions, which have worked for friends and colleagues, and perhaps will work for you too.

A parent in your situation should try to create a group around your shy child. But how?

Try to take advantage of the children’s inborn curiosity. Hell, this curiosity persists for a lifetime. Haven’t you ever peeked out of your car to take a better look at an accident, which is causing the traffic? Curiosity dates back to biblical times -lest not forget Adam and Eve! But let’s take a safe and productive advantage of our kids’ inherent curiosity:

1)  Have your child bring in a pet animal to school. I am thinking: lizard or a turtle, or perhaps a goldfish. You should obviously, OK this with the teacher beforehand. As your child creates curiosity and commotion around himself and his pet animal, a group will naturally form around him in no time.

2)  Have your child play with a new cool toy during recess. Something like a new Marvel hero character or perhaps a new video game. Something either purely visual or audio-visual, because auditory sense is less developed than visual at this point, so I am not recommending bringing a classical CD. The kids will flock around your shy child, like doggies hungry for a play.

The awesome thing is that with kids it is easy to replace the old associations of “a loser” with “a hero”. Just re-create your kid as a cool character and keep reinforcing it.

I will end with a personal anecdote to illustrate the point. At 8 years of age, I was neither a popular girl nor a loner. Just a girl who was rather shy and liked to read and never really stood out in the crowd. As I was growing up in the former Soviet Union, there were some mandatory activities imposed by the state that every class was supposed to engage in. The most serious obligatory activity was to collect… scrap metal. Yes, you heard it correctly: metal was something our country was supposedly short of and we, the kids had to procure it and bring it to school and the authorities would pick it up and like throwing a bone to the dog, they would give the best collector some sort of a prize or a tile.

Typically, the winning class would be awarded as a whole. The awards were petty but everyone was encouraged to help their class to win. One day, my classroom teacher was taking down the list of things, which the children were promising to bring to this quarterly “metal-thon”. Kids were asked to stand up and say out loud what they were willing to contribute. Some said: a metallic jug. Others would volunteer scissors. A mention of an iron was met with approving head nods. When my turn came, I stood up and suddenly felt blood rushing to my cheeks. I was going to give them something grandiose:

“My father can get a truck full of old metallic beds”, I tried keeping my voice firm and without a tremble. What happened was nothing short of a miracle: The class roared with pride and enthusiasm: “We are going to win!!! Go Kogan! Hooray!!! Wow! This is so amazing!” In a matter of a moment, I became the center of popularity. The frenzy of a promised win in the metal-thon contest went on for weeks and even though my nights were sleepless, as I knew that the most my father could really contribute was an old broken hammer, the standout label was already attached to me by the group, and it stuck with me long and hard. By the way, my father had almost had a heart attack when I told him about the mount of metal I had promised to my pears. Eventually, he came up with a heavy bunch of magazines and newspapers, as scrap paper was being gathered in a concurrent paper-thon at my school. No matter.

If your child is a loner who gets picked on, there are many things you can do as a parent to change their status overnight.

Stay tuned for the next post discussing the troubles and tribulations of the teens and their parents.